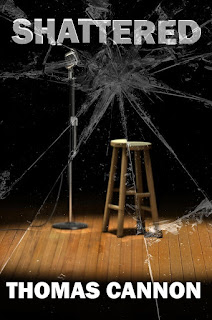 Oversized comedian Mikey Haskell believes he has escaped the pain from his breakup with Karen by going on the road for six months. His first few days of being home in the Twin Cities sets him straight. At first, he believes he can only move forward by declaring he is in love with his best friend, Alaine. When that does not go well, he tries to leave all human emotion behind by becoming an animal-like being.

This animal persona sets himself loose on the comedy-circuit of 1995 and on all the people he cares about. Mikey is locked inside the persona and fights to make sense of what has happened to him.

Brutal and frank story of a gifted young man's spiral into despair. Set in the mid-1990s, standup comic Mikey has it all: an agent who books him the biggest gigs, friends, minor fame, and a family who supports him. All Mikey can focus on when he returns home to Minnesota from a lengthy road trip are the things he's lost. When he attempts to replace those losses with deranged and damaging behavior, he must face and deal with the cruelest enemy--the past.

Told in increasing self-damaging episodes of the present interspersed with events of the near past, the reader is drawn helplessly into the rip tide of Mikey's life. Well-done and occasionally mesmerizing, Shattered is told in first person through Mikey's eyes. He is often confused and outraged, and the author never lets up or loses reference as he deftly plants clues to the past until everything makes sense. Love Mikey or hate him, he's not a pitiful character by any means; just lost and feeling the great hurt of one of the most tragic events humans can experience. Sure to spark meaningful conversations, mature audiences of contemporary dramatic fiction will have a hard time putting this one down. Graphic sex and violence.

In August 2021, Thomas Cannon was selected as the inaugural Poet Laureate of Oshkosh, WI. He is the author of the books The Tao of Apathy and Shattered. With his essay “Part of the Gift,” Cannon was the lead contributor to Cup of Comfort for Parents of Children With Autism. His poems and short stories have been published in various journals such as Midwestern Gothic and Corvus Review. Thomas is active in the Oshkosh writing community, having helped establish the Lakefly Writers Conference. He and his wife have three children and two grandkids.